How do you react in situations surrounded by and filled with uncertainty?

The consequences of the pandemic that made its appearance in March became evident when the amount of work decreased. What reactions did it trigger? Can we recognize value in how we as designers deal with such situations? Should we flee to known and already trodden paths or do we fight for change? How do we continue to add value to the “new normal"?

Renée van den Kerkhof is a court draftsman and illustrator. She visualizes social themes and issues, based on actualities. From one day to the next, Renée’s workspace was limited to her living room due to the corona measures. “When I’m too insecure, I freeze. And when I’m not productive enough I become more insecure.” To fight her own insecurity, she sought refuge in her own painting. “Therapeutic homework,” she calls it. To make sure she kept on creating. This way productivity is independent of social issues and is purely aimed at creating peace in her own mind. “Apart from the pandemic influencing your work, you also have to deal with this as a person. Some artists thrive on sad periods in their life, like severe depressions. For them, these times result in great work. That doesn’t work for me. For me, it is hard to create in these times.”

Pim Bens was less concerned about the decreasing amount of work due to the pandemic. “The moment a major change takes place, this creates space in which we can actively move as designers.” Although he was hesitant about the relevance of the process and form of his work. Normally, part of his work includes bringing different parties together in a common space to conversate. Nowadays, that just isn’t possible. “If you have to deliver a podcast or a video without physical contact, how do we make that work? Can we convey the same message the same way in a completely different medium?” 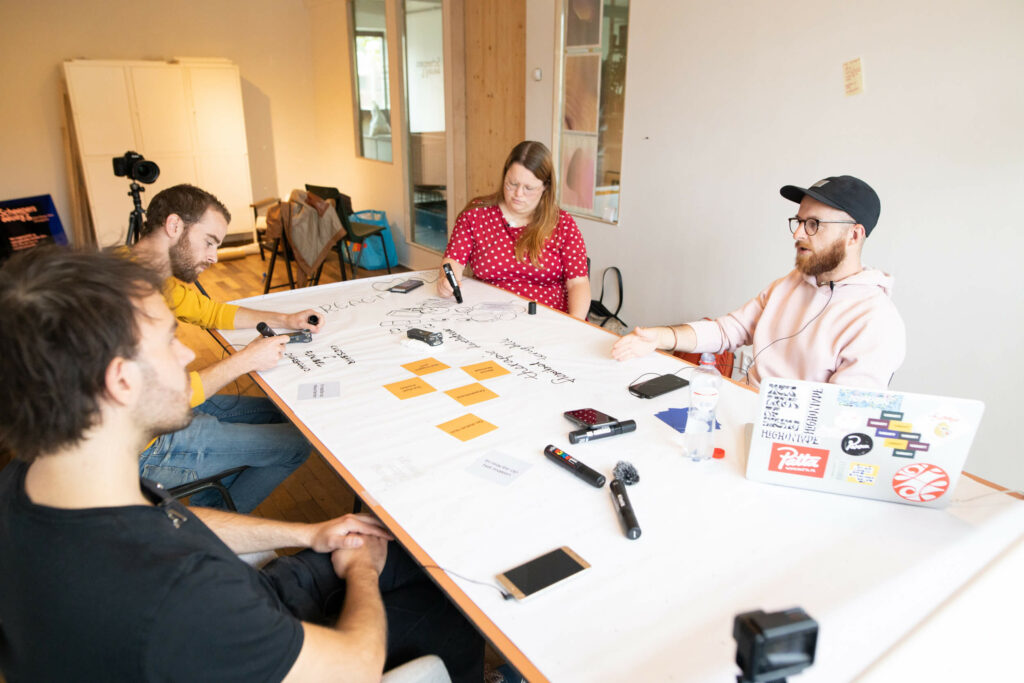 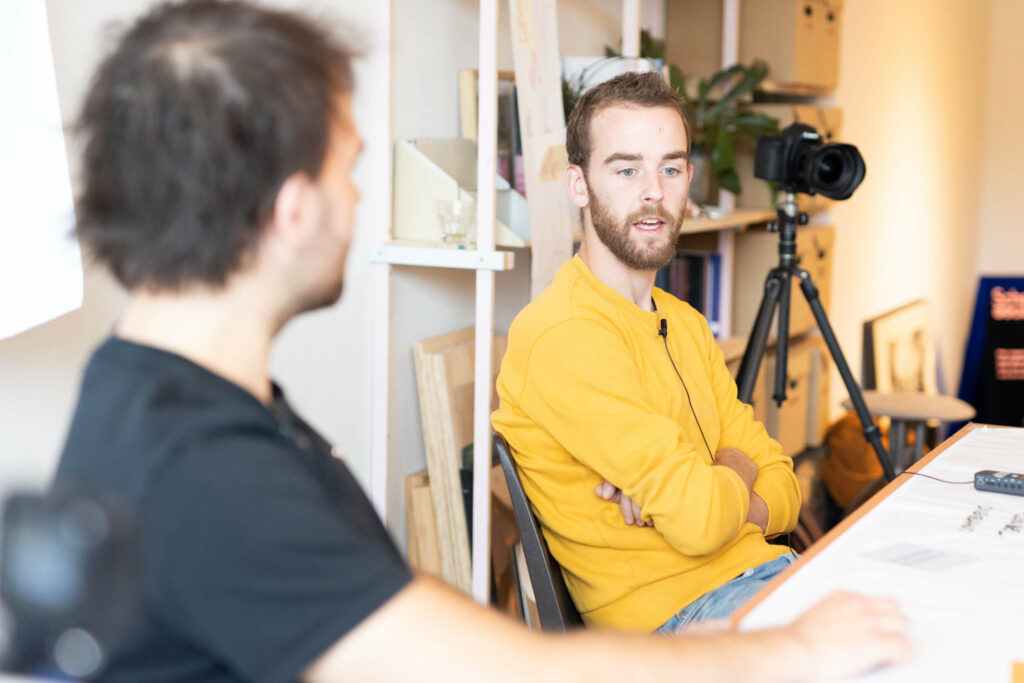 Noud Sleumer didn’t feel the effect of Corona for a long time. When it started affecting the Netherlands, his first reaction was: “Oh yummy! Vacation.” But after a while, as for everybody else, his exhibitions were cancelled and work inquiries decreased. The first one being the Salone del Mobile in Milan. Before quarantine, Noud’s event schedule was fully booked until May. He regained his productivity by focussing on programming and video editing.

Fight or flight is a basic instinct we learned from the animal kingdom. We see the same behavior in the mentioned reactions of the drivers. One driver panicked and found herself going back to the essential parts of her profession. The other felt relieved and his productivity skyrocketed. In essence, it all comes down to the same question: “What really matters to you, and how do you keep on doing the things that matter to you?

React to the new normal

Plans, processes or visions are no longer set in stone. Looking back, this uncertain period has been a good mental training for the future. “… I think that vulnerability and flexibility come together very well. It is really the first time that I feel how vulnerable you actually are as a creative entrepreneur, but simultaneously I feel the flexibility to create my own solutions.”

Pim noticed that during this period of time he started to frame its intentions differently. Initially, he was to build an installation on Oerol festival that made visitors differently experience the area. After the cancellation of the festival, he still wanted to make an impact. Thus, he created packs of salicornia seed that people could grow at home. By doing so, a community was created that mutually supported each other and are longing to plant their full grown plants at Terschelling next year.

Renée and Noud also reframed their work, Renée’s lawsuits could be joined via Skype or 900-pixel webcam. This literally was a new perspective of her live work. Noud developed a toolkit to organize workshops in people’s homes. This allowed him to continue spreading his conceptual and artistic ideas, start discussions and search for connection.

In response to the limitations of COVID-19, the drivers experienced a new freedom. Because the frameworks changed, they suddenly viewed their project and assignments from a different perspective and connected with their audience in new ways. 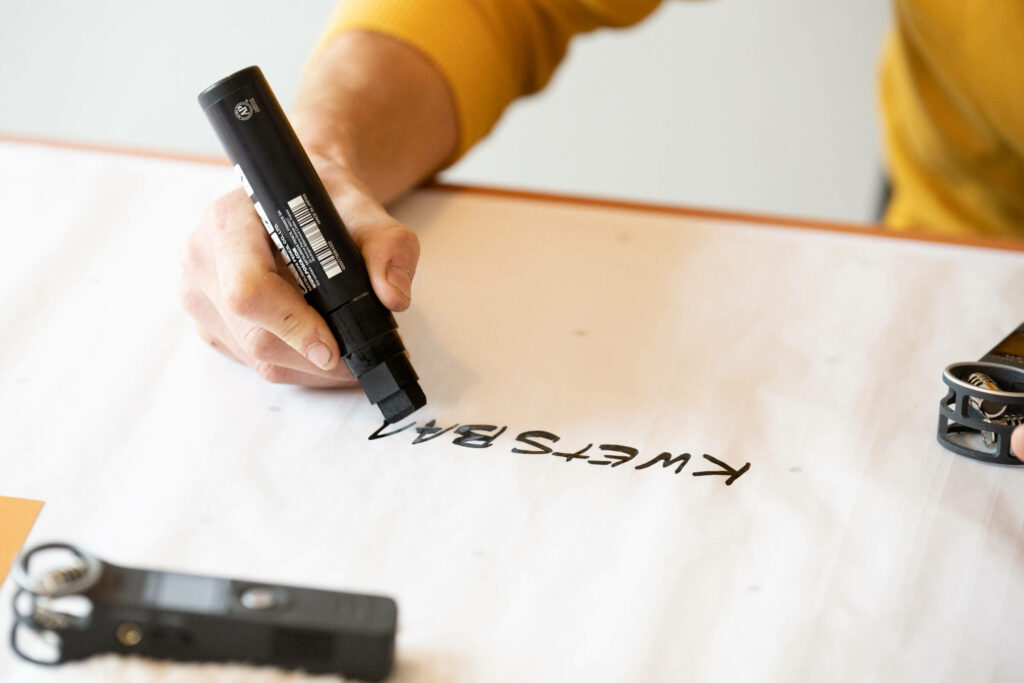 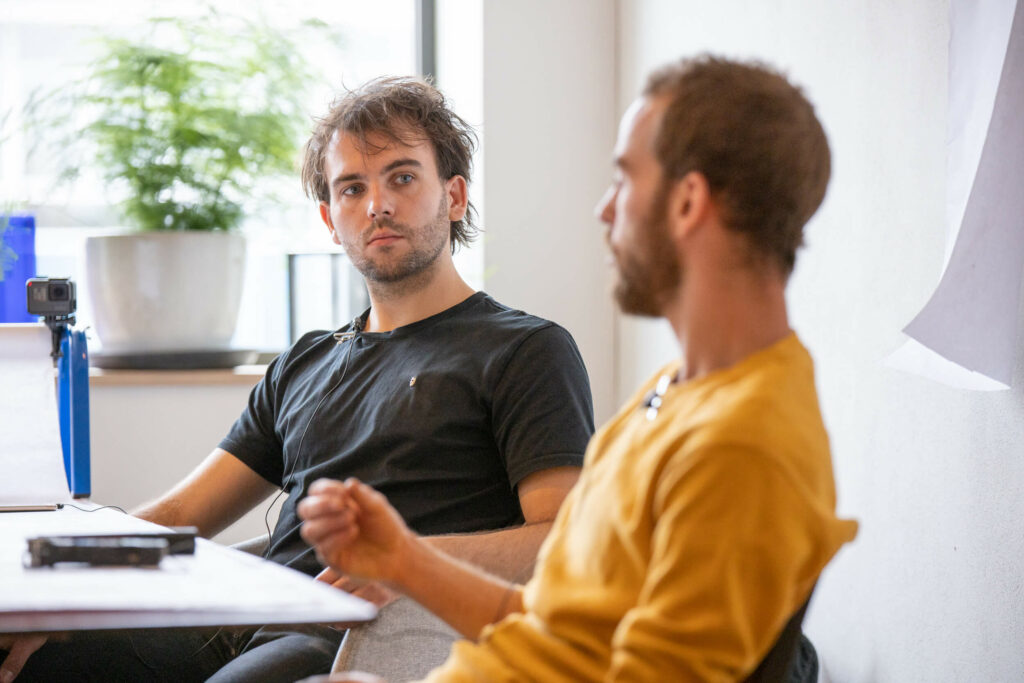 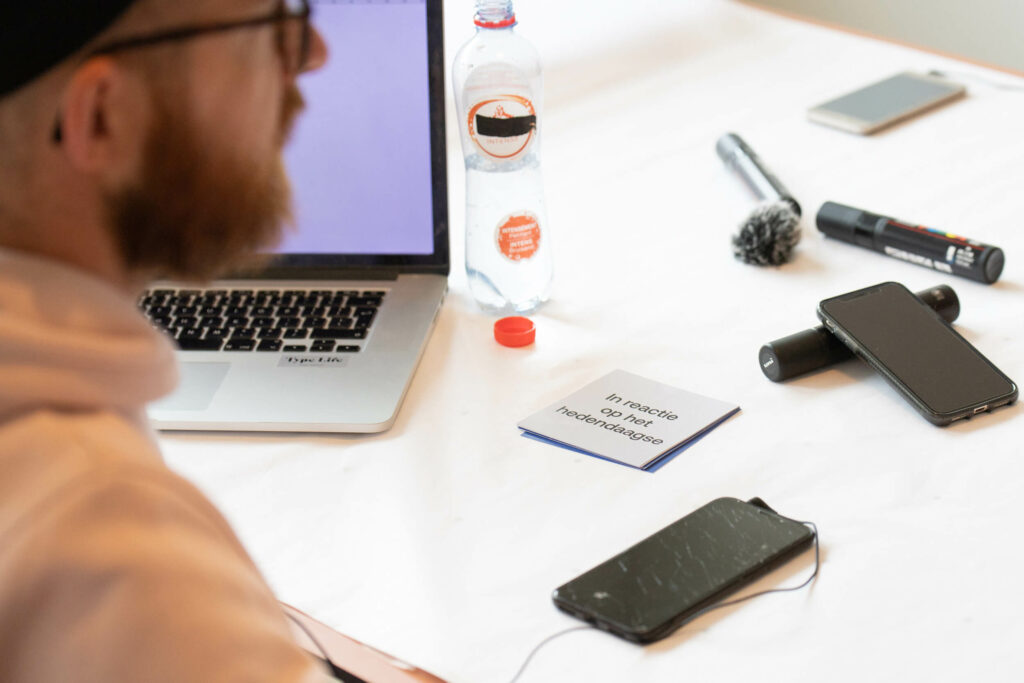 In the bigger picture, this new attitude can be categorized among the quest for global change. It is evident that it requires a large investment of society to live the “new normal.” Pim: “But this too will pass or will become normal.” He noted the crisis creates a field of tension in which we can tear up existing ways. “Never waste a good crisis,” says Renée and Noud.

On the one hand, we recognize that this moment is a wonderful time for change. On the other hand, it is a time for acquiescence and awareness. If we are not careful, we will misunderstand the consequences of our actions. It is fantastic that the smog pollution is dissolving from factory sites in China, but at the same time entire local communities find themselves without work. Every action has a reaction. Pim: “We have to find some kind of balance with everyone. We have to seize every opportunity to change whatever we can, but we must also ensure preservation.” How do you ensure that you become – or remain – relevant in the “new normal?” Every designer has a voice in this.

While discussing the role of a designer in society, it often is mentioned that the designer has a role in making society process certain changes. Time and time again it is mentioned that none of the drivers pretend to possess the truth. Pim: “As designers we are of course one of the players in the field.” Media, business and scientists are also responsible for transition during this period. Noud points out that the stigma that only designers are problem solvers should be dismissed. “Or are we all designers?” Pim wonders.

To conclude, we will state another quote originated from the animal kingdom: “It is not the strongest of the species that survives, but rather the one most adaptable to change.” As fragile as life has shown to be, we as designers have an important role to create awareness. Attitude and response capacity can be created with the tools and connections provided by designers.

As designers, we know and feel the uncertainty too, but have faith in our newfound strengths. We do not provide an answer from one pedestal or authority, but as one of the many connected players.

Intrigued by this Studio Session?
listen to the full podcast here. 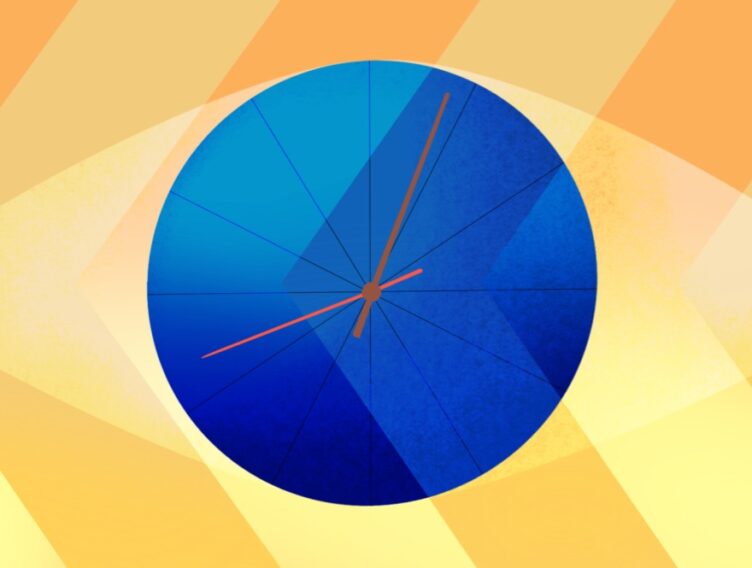 Why do we reflect and how is that of value?→ 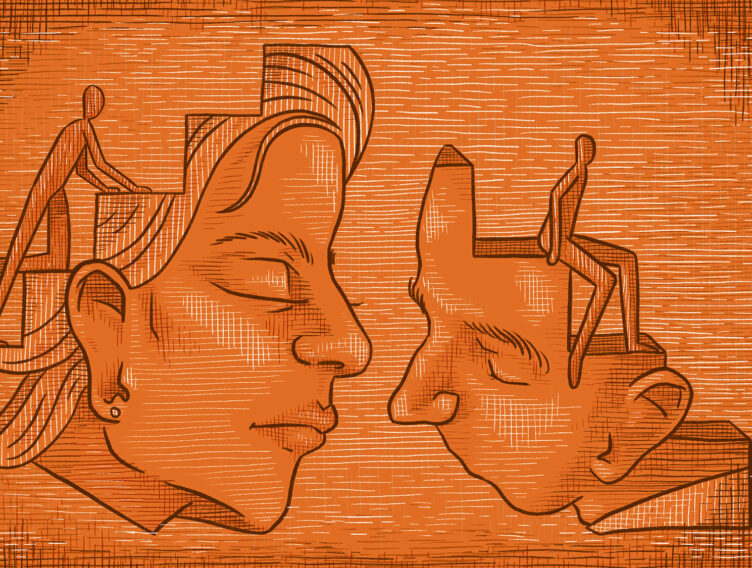 Do we dare to connect with value from different perspectives?→